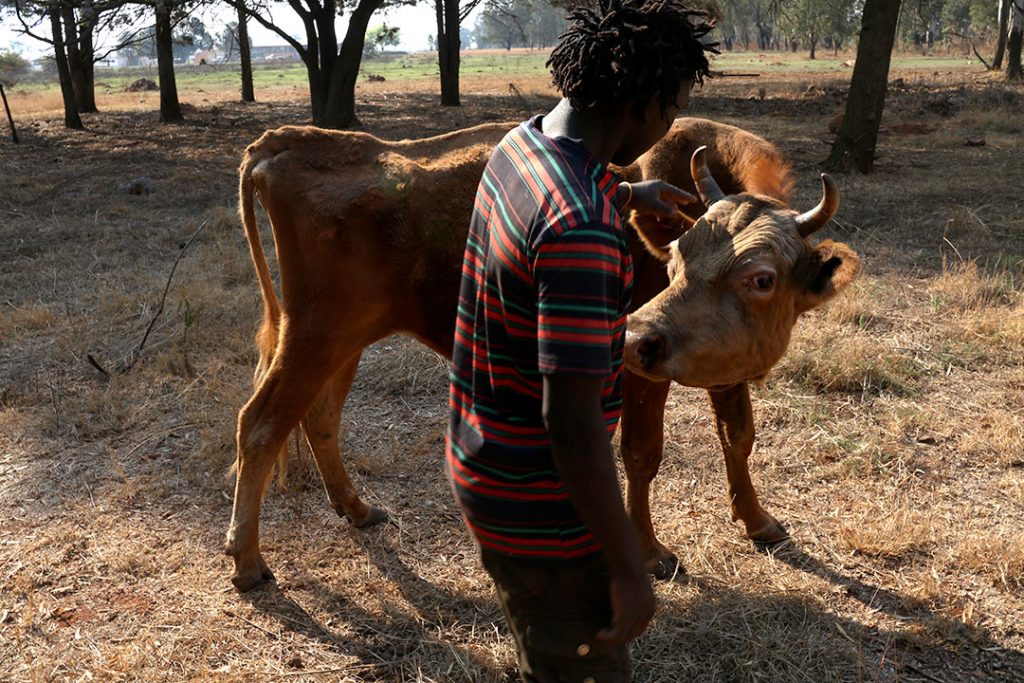 Dad sold his cows. He also sold the few sheep he’d managed to keep. All that remained of his farming venture were two oxen, the big ox and the scrawny ox.

The oxen served no purpose. They wandered together all day over the veld next to the house.

I was in the kitchen, about midday, when I noticed the dogs in the yard running toward the fence. Mom was outside and shouted that dogs were attacking the ox. I grabbed a mop and ran out to the gate. My brother, Stewart, was already there with a baseball bat. We ran into the veld.

A pack of dogs were tearing at the scrawny ox on the ground, helpless and convulsing. Two dogs held their positions, jaws clamped to its back until we reached them when they ran off after the other dogs. We chased after them, through the fence and across the sand road, a scattered pack of dogs and children all running after a man in the distance. We ran until we lost sight of them.

Raphael recognised the dogs and the children. They were from Smokedown. During school holidays children from the settlement gathered dogs to chase guinea fowl and hares.

Stewart managed to get the ox onto its feet and coaxed it to the enclosure near the house, where it collapsed. For four days the men tried to lift it. Once or twice it took its weight briefly before collapsing again.

The ox’s wounds became gangrenous. On the fifth day after it was attacked, Stewart shot the ox. Simon arranged for people to slaughter it and take the meat and carcass to Smokedown.

For hours after its slaughter, the big ox ran up and down the fence stopping occasionally to sniff the air and bellow. Deep and mournful.

Dad and Stewart didn’t see any point reporting the incident to the police. 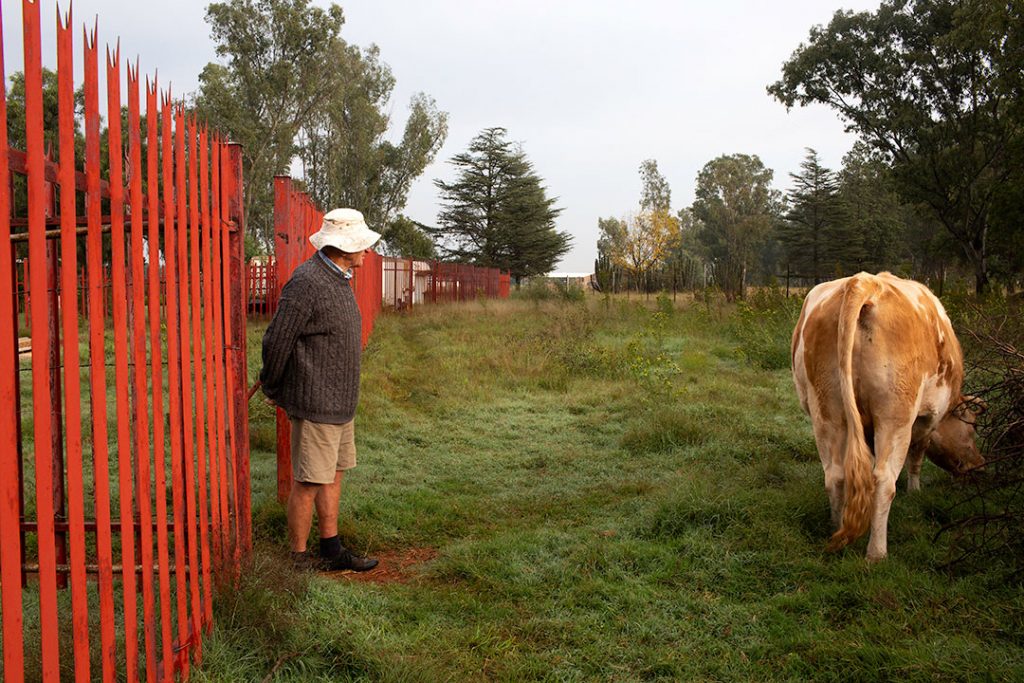 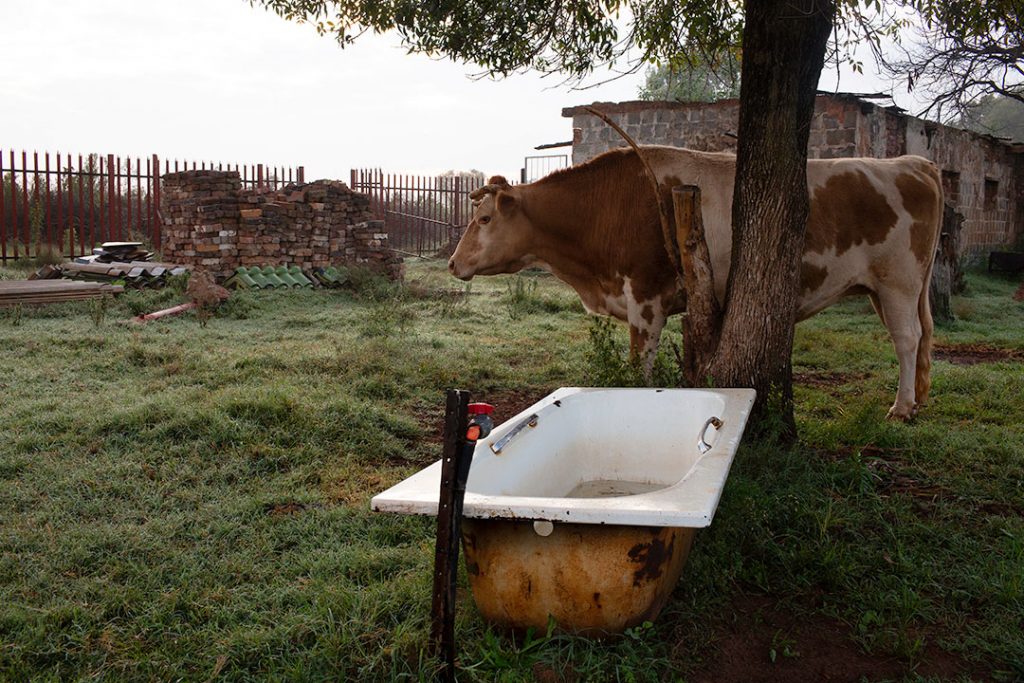